The Brazeal Dennard Chorale, founded in 1972, by Dr. Brazeal W. Dennard, is one of the longest standing organized choral groups in the country. For more than four decades, the Chorale has wooed Detroit audieces with its vocal excellence in the performance of choral music of all genres, while it continues to pursue the mission of its founder: to remember, discover, and preserve the spiritual music of the African American experience and culture. A generation later, the need for that mission is greater than ever as others, particularly young people, remain unaware of the historical and cultural significance of the Negro Spiritual.

Music professionals throughout the United States and Canada recognize the mission and commitment of the Chorale, whose yearly schedule includes a variety of concerts, from Holiday Concert, to a Spring Pops Dinner show which highlights music from Jazz to Broadway, and beyond. Through its many performances and CDs, the Brazeal Dennard Chorale, now under the direction of Mrs. Alice McAllister Tillman, continues to educate and inspire.
Alice's Radio Interview 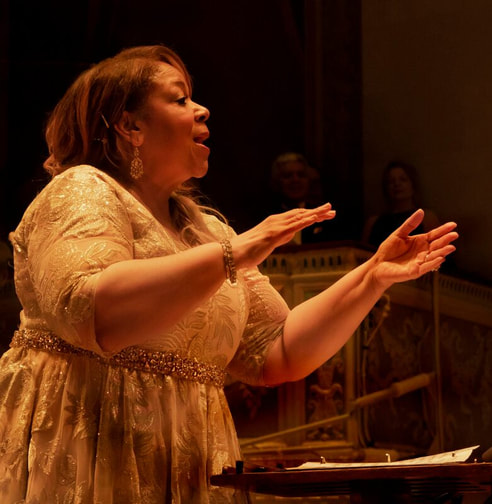 A versatile artist whose experiences have taken her to concert halls and recital stages throughout North America. Her voice has been described as “Exquisite, Soaring, Brilliant and Beautiful!”

Ms. Tillman began singing as a young child with her family singing group, "The McAllisters." As a student at Northwestern High School, she began vocal studies with Gloria Hicks. She became a member of The Northwestern High School Advanced Vocal Ensemble under the baton of Brazeal W. Dennard. It was there that she came to love Classical Music, Ensemble Singing and entered into a relationship with Brazeal Dennard and The Brazeal Dennard Chorale.

Ms. Tillman has been a Voice Instructor at every level, including Kindergarten through Post-Graduate Studies. She began her career as a Music Educator in the Livonia Public Schools, where she taught Elementary Students and was Director of Choral Music Education at Stevenson High School. She left Livonia Public Schools and began teaching in Ann Arbor Public Schools where she is Director of Choral Music Education at Forsythe Middle School. Ms. Tillman’s ensembles have consistently earned excellent ratings. Her students are frequently accepted into some of Michigan’s most prestigious ensembles, including the Michigan School Vocal Music Association State Honors Choir and Finalists at The Michigan Youth Arts Festival. Many have been accepted into some of the nation’s top Colleges and Universities. Ms. Tillman was Adjunct Faculty at Marygrove College in Detroit, MI.

Alice McAllister Tillman has maintained a highly visible performance career. She is known for her ability to perform a diverse range of literature spanning many genres. She has been presented in Solo Recitals that include Art Songs, Operatic Arias, Spirituals, Musical Theater and Jazz. She is frequently engaged in Oratorio and Symphonic presentations that include Bach’s Magnificat, Bach’s Jauchzet Gott in Allen Landen, Margaret Bond’s Credo, Adolphus Hailstork’s I Will Lift Up Mine Eyes, Handel’s Messiah, Haydn’s The Creation, Mozart’s Exsultate Jubilate, Mozart’s Requiem, Garcia’s Requiem, Rossini’s Stabat Mater, Robert Ray’s Gospel Mass, Coleridge-Taylor Perkinson’s Symphony of the Sphinx premiered by The Detroit Symphony Orchestra during the 2007 Classical Roots Series, Duke Ellington’s Sacred Music Concert During the 2012 Jazz Festival, Dave Brubeck’s To Hope with the Brubeck Quartet during the 2013 Detroit Jazz Festival, Adolphus Hailstork’s Earthrise in the 2013 Detroit Symphony Orchestra Classical Roots Series conducted by Leonard Slatkin. Ms. Tillman was the featured artist for the 2013 Azalia Hackley Concert. Ms. Tillman performs with the Modern Harp Quartet. The Quartet and Alice were featured at the 2014 American Harp Association National Conference in New Orleans, Louisiana as the only Harp and Voice Ensemble to present at the conference. She is a long-standing member of The Brazeal Dennard Chorale.

Alice McAllister Tillman is a featured recording artist on The Second Anthology of Art Songs by Black American Composers, The New Negro Spiritual, Remembering II Significant Spirituals, Reflections and Once Upon a December Eve. Ms. McAllister-Tillman is the creator and featured solo artist of “Once Upon a December Eve,” presented each December. Alice and her husband, Craig, are the proud parents of four children. 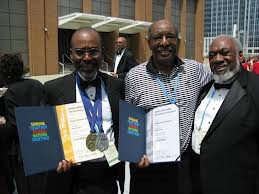 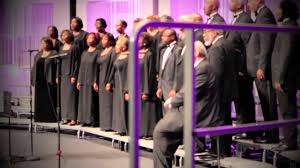 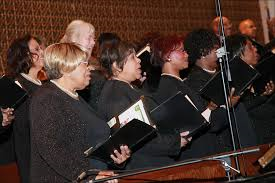 ​Establish relationships and or acquire sponsorships from public and private organizations to assist in providing listening opportunities for people of all ages and backgrounds. Promote spiritual emphasis to strengthen and celebrate cultural pluralism and broaden cultural understanding.

Recruit, educate and develop young people through participation in the tradition of excellence in choral singing of all genres of music by offering a broad range of genres from Baroque to Broadway, from Classical to Jazz with emphasis placed on Spirituals and music composed by African American composers.
Support Us